Where Are They Now? Revisiting Massachusetts' Most Endangered Historic Resources

There is no doubt about it. The threat of loss is a powerful motivator, especially in the preservation world. It can rally people together, coalesce ideas, spark action and create momentum. A recent proposal to demolish an H.H. Richardson House in Marion saw swift response from individuals and organizations across Massachusetts, the United States and even internationally. Threats of loss have been used as calls to action for many years, going as far back as the 19th century with the Mount Vernon Ladies Association and the quest to save Mount Vernon.

Since 1993, the Massachusetts Most Endangered Historic Resources program has been a way for Preservation Massachusetts to help these calls to action gain traction, visibility, guidance and (hopefully), connections to resources that can aid in finding a positive outcome to the situation.

But what happens after the calls have been sounded? How do you organize, plan and move forward? Who does the work? What needs to be done?

In preservation, proponents often need to take a long view and know that it may take many years for a project to come to completion. While immediate gratification is always nice, we must remember that there are many steps on the preservation journey.

Below are updates on several historic resources listed in the past on the Massachusetts Most Endangered Historic Resources List . Each resource is unique and although their goals may differ, they all have something to teach us (PM included!).

Shortly after the Most Endangered list came out, Circuit Rider Jeff Gonyeau and local representatives from the Dennis Historical Commission reached out to the property owner and engaged in several discussions and a site visit. Expressing a willingness to sell the property, PM connected the owner with a preservation consulting firm who has worked with developers on historic properties. In turn, the firm brought in a client who expressed interest in the property. In early October 1620 Capital LLC purchased The Columns. With a successful portfolio that includes the award-winning Plymouth Post Office, we are excited to see the plans that 1620 Capital has for this historic property. PM will continue to be a resource and advocate for the new owner and local supporters.

Just a half mile from the Columns, The Pillars, a private residence, began showing signs of improvement almost before the Endangered list was announced. The most notable change is that the missing front column has been repaired and put back into place. A great deal of exterior work was also undertaken and completed during the summer by the owner. The massive front lawn expanse and landscaping has also been upgraded. Many thanks again to the Dennis Historical Commission for their updates and advocacy on behalf of this important local property. And, thanks to the property owner whose time and effort on behalf of the Pillars has not gone unnoticed or unappreciated.

Since listed in 2014, the Congregation of First Parish Church has worked to find ways to raise funds to cover the cost of major structural repairs for this important site – the fifth “spiritual structure” on this location at the top of Leyden Street. In 2017, the General Society of Mayflower Descendants (GSMD) and the Congregation entered into a joint agreement. Ownership of the building was transferred to the GSMD who took over fundraising to restore and maintain the building, while the Congregation can still hold services in the building. Now the National Pilgrim Memorial Meetinghouse will serve both the First Parish Congregation and the educational mission of the GSMD. The building is now undergoing active restoration work, evidenced by the bright red scrim over scaffolding on the front tower and visible from the PM’s office windows. The GSMD generously offered a tour of the church and ongoing work at this past September’s Massachusetts Historic Preservation Conference.

A Most Endangered and Community Spirit Award Recipient (for Clinton Church Restoration Inc.(CCR)), this project continues to impress us with its important history and the steadfast dedication of its supporters. Since hiring the renowned design team of Huff + Gooden Architects, CCR, Inc has been making continual progress towards creating a cultural center to honor the legacy of the local African American community. A kickoff on October 23rd celebrated the beginning of work by Larochelle Construction on the much needed repairs to the church’s patched roof, work is funded by a combination of individual donations, and grants from the National Park Service, the Massachusetts Historical Commission and the Town of Great Barrington. Members of CCR, Inc. also continued to share their story and experiences with the Clinton Church with a session at the 2019 Massachusetts Historic Preservation Conference in Plymouth and on the WSBS radio show “It’s Not That Simple”. For more details on the great work being done by CCR, Inc., visit their website: https://clintonchurchrestoration.org

When Fitchburg City Hall was listed in 2012, the building was in the process of being vacated due to structural issues that made it unsafe for continued use by city government. The building sat vacant for several years and there was concern that the longer it sat unused, the more susceptible to demolition it would become. Then in early 2018, Mayor DiNatale contacted Preservation Massachusetts and told us about his plan to rehabilitate City Hall and return it to municipal use. It is one of those phone calls a preservationist dreams about. In May 2019 there was a groundbreaking ceremony, work progresses, and we look forward to being in Fitchburg to see the ribbon cut and see this new chapter in this City Hall’s life begin.

The 1829 church where “Robert’s Rules of Order” were created, this important landmark in the city’s downtown was in danger of being lost. Knowing the importance of this historic asset to New Bedford, local preservation organization WHALE beg

an to work with the congregation along with a local performing art group Your Theatre, Inc. The building was Designated a National Treasure by the National Trust for Historic Preservation. The church project continues to move forward with its goal of creating a collaborative performing arts venue while still retaining a home for the congregation. WHALE has successfully moved this project ahead and are in the final stages now, with plans for a 2020 opening!

For more information and details on the First Baptist Church project and WHALE's efforts, click here:

In 2018, despite determined efforts from local preservation non-profits, individual citizens, friends’ groups and more, Notre Dame des Canadiens was demolished. All efforts to save this church from demolition, to find a new owner, to appeal to the owner to reconsider the structure for reuse, were charged with a lot of emotion and valiant work. Though the outcome was not what was hoped or worked for, the reaction to the demolition of Notre Dame shows the important connections that we as people have with our built environment.

2016: Our Lady of Mount Carmel, Worcester

Located not a half mile from Notre Dame, Our Lady of Mount Carmel also faced potential demolition when it was listed in 2016. The active congregation had been moved from the church due to structural concerns, but never lost hope that they might one day return services to this church. They established the Mount Carmel Preservation Society, worked to raise money to repair and restore the church, and even joined in efforts to save Notre Dame. In April 2018 the Diocese of Worcester pulled a demolition permit for the structure. In the summer of 2019, the building began to be demolished.

Worcester Telegram & Gazette: End in sight for Our Lady of Mount Carmel

A street’s worth of historic homes attributed to 19th century sea captains in Hyannis was lost in the summer of 2019. Though often overlooked (as they were used as pseudo-parking lots for the nearby ferry), and in need of repair, these homes were a remaining link to the maritime history of Barnstable. A major concern for PM and local advocates was the ability of the development project to receive a waiver and not be subject to review by the local historic/historic district commissions. Sea Captains Row was a highly-regulated historic site that should not have been lost, given its widely-acknowledged significance and because it was within the Hyannis Main Street Waterfront Historic District, as well as being in a National Register Historic District and also subject to Cape Cod Commission regulations.

Proper processes, such as local commission review and demolition delay should be allowed to happen for proposed projects, even if the end result is the same. Although this was not the case for Sea Captains Row and could be a troubling precedent, we strongly believe that preservation processes and due diligence for designated historic resources, such as commission review in local historic districts are critically important and are a foundation of historic preservation regulation and practice. These processes and regulations can serve to compliment new development while preserving significant community resources.

At town meeting in the Spring of 2019, funding for the construction of a new High School was approved, essentially paving the way for the demolition of the existing school. A Boston Globe op/ed piece that ran in August pointed to the high cost of school projects around Massachusetts but did not suggest that the adaptive reuse/rehabilitation of existing school buildings might be a solution to both lower costs and keep demolition debris out of landfills. More advocacy (and data) is needed to reevaluate the plight of historic schools in Massachusetts.

While there has not been progress on the reconstruction of the historic bridge railings, advocates have been working to elevate the bridge to a nationally significant status which they feel will help their cause. They are working with a consulting firm to explore National Historic Landmark status for the bridge and have submitted a letter of inquiry to that extent. They are hopeful that with a nationally significant designation, the reconstruction of the bridge’s historic railing will follow suit.

One of the few remaining wooden switch towers is still in an extremely endangered state. Without maintenance, local advocates are concerned that it won’t be long before a roof leak will lead to the water damage of the intact internal machinery. The MBTA will not do maintenance on the structure and will not allow volunteers to do the work either.

Things were looking up in late 2018, when comments from the head of UMass Boston indicated a desire to find a new use for the pump house. With construction projects winding down, the state of the pump house is a lot harder to ignore. Earlier in 2019 it was noted that UMass was moving ahead with plans for the pump house that respected its historic significance and its use and benefit to their student community.

If we have learned one thing from the Most Endangered Program, it is that preservation truly takes a village. Collaboration is key and working with groups like Preservation Massachusetts and others will only strengthen efforts and hopefully generate positive outcomes.

Preservation Massachusetts makes an effort to keep in touch with our nominators and local contacts from past Most Endangered listings. The Most Endangered Archive page on our website shows the most recently known status of all listings since 1993. If you would like to share an update, please contact our office. 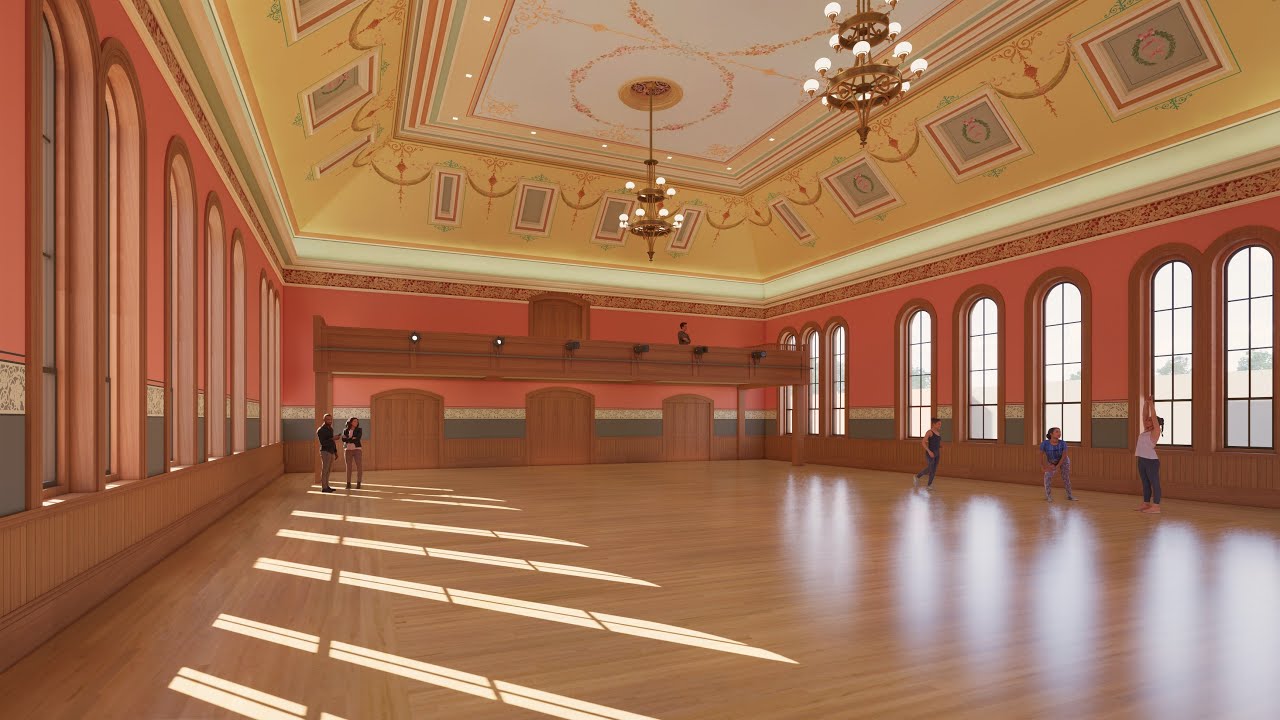 From "Saved" to Endangered Again:

Wishing You All The Best!

From Our Homes To Yours... 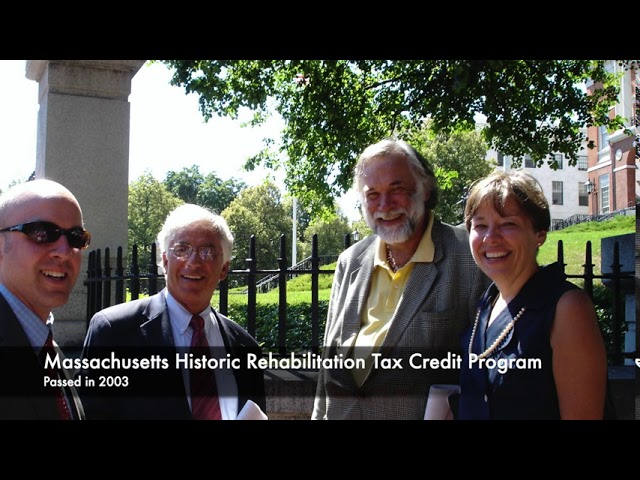